What Starting An Agency Taught Me About Possibility

It’s been a little over a week since my 28th birthday. As usual, I’m up searching, brainstorming, and masterminding. Most people who know me will tell you that I literally don’t take a day off. I love what I do and I love how I do it. As I begin my roadmap for 2015, I’ve taken some time to track the progress I’ve made thus far in my career. I remember when I first took the risk to pursue my dream while in college. I was young, naive, and full of possibility. I had no idea that I would end up doing what I do today. Starting an agency was not on my radar. All I knew then was that I didn’t want to live a life of regret. I have seen far too many people who chose the road of familiarity and comfortability, only to regret it in the end. Awakening Possibility has not only become my daily practice, it has become my life mantra. I so want to live the fullest expression of myself and inspire others to do the same. I’ve crossed over the chasm of fear and now I’m in this ocean of possibility. When you find what makes you come alive, nothing can drive you back to sleep. I’m awake, and I will stop at nothing to awaken others.

Building brands and launching businesses has been quite an exciting learning experience for me. I’ve worked with so many people – young and old – on various projects, startups, ideas, and business ventures. I’ve sat with many leaders, business owners, pastors, artists, and entrepreneurs, and have helped them awaken possibility in their visions, their businesses, and in themselves. These experiences have helped to build my confidence in what I know I’m uniquely gifted to do. Over time, I’ve learned to see the common thread in what I do best and what people need. I’ve learned how to connect my efforts with results. I know why I study the people that I do and why I build the things I build. I know why I read the books I read and why I watch the videos I watch. I know why I focus more on certain things and less on others. And I know many people twice my age who aren’t able to say the same. I may be young, but I don’t take my life or my time for granted. I’ve learned the power of my decisions and the impact of my efforts. My decisions are calculated and precise, but they’re not perfect by any means. I’ve learned to practice for accuracy, not perfection. And it is this level of accuracy and precision that I believe will allow me to continue to build a lot of successful things and help a lot people.

I study a lot of people. Literally. I’ve developed a system of how I study people I admire. You could almost say that I conduct an audit on the people I study. I figured, why not apply the same principles from my agency to my life, and vice-versa. Once I find something intriguing about someone that I admire, I’ll stop at nothing to learn as much as I can about them. It’s how I study the greats. One of the people that I’ve recently been studying is Todd Pederson. Todd is the founder of Vivint, one of the nation’s largest home security providers. I stumbled upon Todd while watching a video on YouTube about tech entrepreneurs (I spend a lot of time on YouTube doing research). I pulled up Todd’s bio on Vivint’s site and was deeply inspired by what I read. As stated on the website, Vivint is dedicated to helping its customers live intelligently by providing simple technology for a smarter life. Todd’s story as an entrepreneur started during the summer of 1992 when he hired 10 friends to sell pest control for Terminex out of a single-wide trailer. By the end of the year, he had expanded his team to 80 people. He had built a successful business learning the power of direct sales as a business model. In 1999, he launched APX Alarm, which later became Vivint. Today, the company has more than 800,000 customers and 7,000 employees. In 2011, Todd continued to innovate by launching Vivint Solar which soon became the second largest residential solar power provider in the US. In 2012, Vivint was acquired by Blackstone Group for more than $2 billion. This was the largest tech acquisition in Utah history.

After learning about Todd, I couldn’t help but see a glimpse of myself in this guy’s story. I too have always had the vision of me and a few friends starting a company. Though I didn’t have the honor of seeing that vision come true while I was in college, I do see it coming to pass today at 4THPARK. All of the people on my team today are my friends. And all of us are passionate about building this company. It’s funny how life works. I had literally given up on the idea of starting a company with friends a few years ago. After several failed attempts and having to deal with friends who seemed to never understand what in the hell I was trying to do, I gave up on the idea. I focused less on what was possible and spent most of my time building alone. It wasn’t until I had gotten comfortable with the idea of building my dream alone that I could see what my problem had been all along. I had asked the wrong friends to join me. It wasn’t until last year that I finally got what I had most wanted… a team of people I knew personally and could work with professionally. Talk about a dream-come-true! This is one of the biggest reasons why I’m so passionate about 4THPARK today. 4THPARK gave me part of my dream; a team. And even more than that 4THPARK gave me access; access to more leaders, influences, entrepreneurs, and business owners who want to accomplish their dreams. Running a digital branding agency has gotten me into rooms with amazing people that I would have never met otherwise. It’s amazing how many people need help with branding and building their web presence.

Growing 4THPARK has taught me key skills in business that I would not have gotten at such a high level and in such a short amount of time. I’ve gained marketplace-ready skills in a variety of areas just by focusing my efforts on starting an agency. I’ve been able to hone several skills such as business model development, leadership, team building, negotiation, account management, SEO, digital marketing, branding, graphic design, web design, copywriting, accounting, financial planning, sales, lead generation, consulting, public speaking, and many more all while starting this agency. These skills have become my tools for success. Mastering these tools and the art of business have become my daily obsession. As a young entrepreneur, I understand clearly that these tools will serve me for the rest of my life in any venture that I do or take part in.

As I look to this year, my team and I are excited to awaken even more possibility. We each have the privilege to do what we love and make a difference with the clients we work with. It’s fun, it’s hard, it’s liberating, and it’s challenging. As I continue to learn from great entrepreneurs and risk takers like Todd, I too believe I’ll be able to set an example for others who will follow. Starting an agency is more than just a way to do what I love and create income for myself and others. It’s a way to show those coming after me that anything is possible. 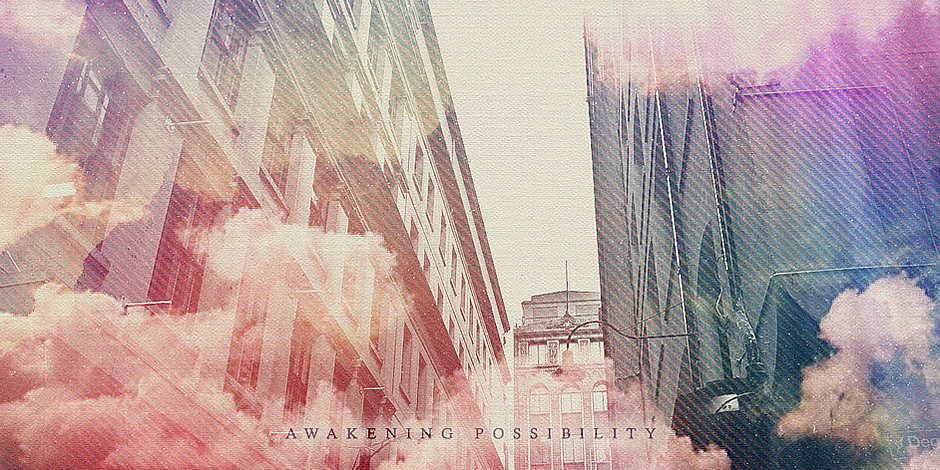 Awakening Possibility: In Myself

I’m sitting in Starbucks on a Sunday afternoon. I feel like I’m about to explode into confetti. lol. I remember sitting in my room and dreaming of what my life could be and who I could become. I was just a young kid with a… 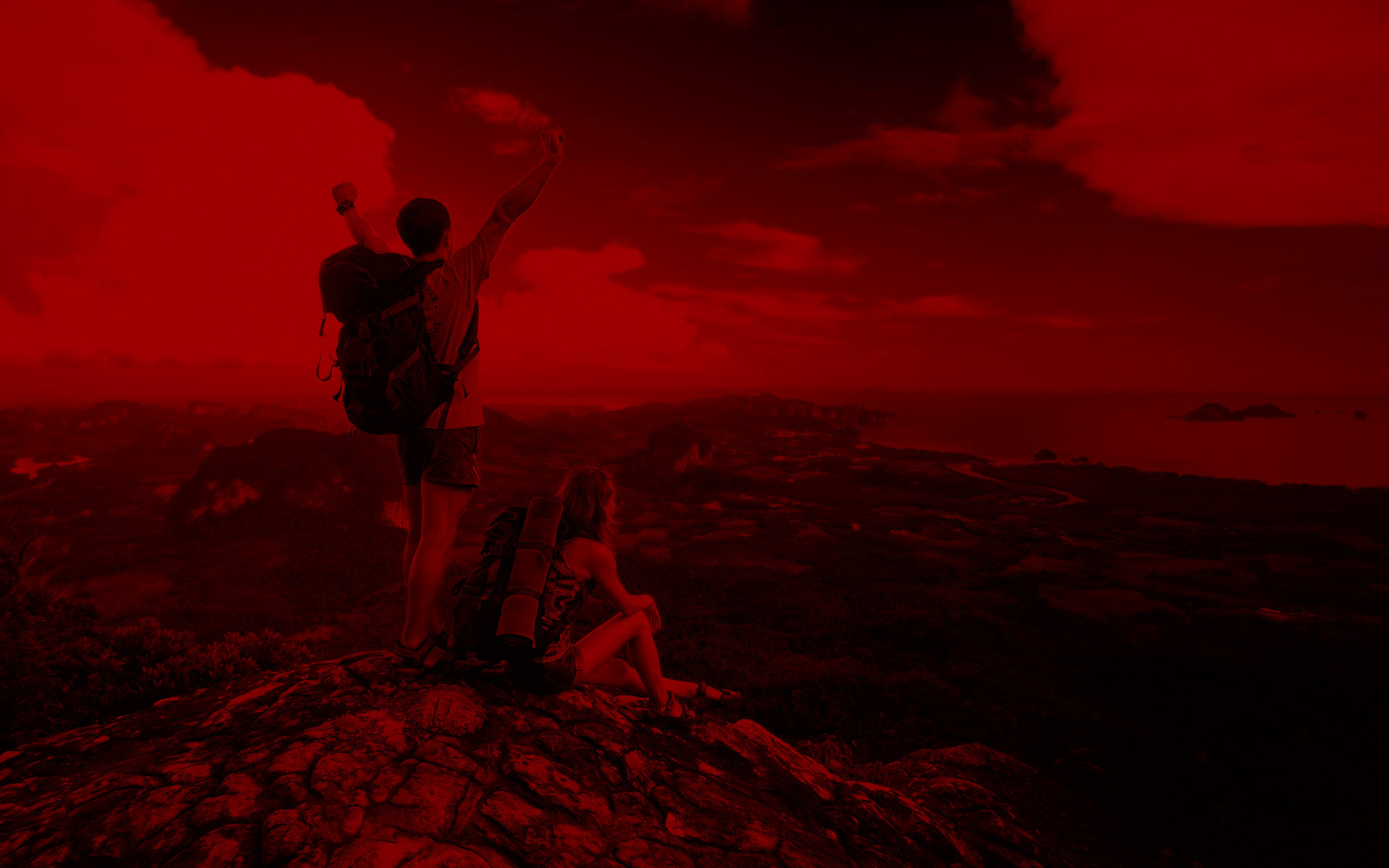 How to Begin Living An Epic Life (Part 2)

Here’s what I did today: I worked on some behind-the-scenes stuff, preparing for the launch of my company’s site – 4thPark.com. This is an exciting, new, and scary adventure all by itself. I was invited to come and play the keyboard today at a new small…

One of my goals for 2011 is to transition from life as a college student to life as a young professional. This includes forming healthier habits. As I mentioned in the previous blog post, the way I’ve decided to take on this new phase of…