Released October 2007, unChristian is a book based on groundbreaking research from the Barna Groupdone over a period of 4 years that delves into the perceptions of 16 to 29 year olds – both Christian and Non-Christian. Authors Gabe Lyonsand David Kinnaman uncover the hidden views and overlooked issues dividing today’s church and young adults. They unpack interviews with Christians and Non-Christians, and present up-to-date statistics on the relevant issues that exist between the two.

Since its release, this book has spearheaded conversations in church services, staff meetings, pastoral conferences, and coffee shops. unChristian is confrontational, transparent, and direct in its attempt to open the eyes of today’s American Christian to the reality of the perceptions of those who are non-Christian.

I personally consider this book a must-read for every person who calls themselves a Christian. Not only has my perspective dramatically changed, but my faith has been impacted as well. The insight has been life-changing!

Here are a few snippets from the book…

“Most people I meet assume that Christian means very conservative, entrenched in their thinking, anti-gay, anti-choice, angry, violent, illogical, empire builders; they want to convert everyone, and they generally cannot live peacefully with anyone who doesn’t believe what they believe.”

“It’s not just our lifestyles that have gotten us in trouble; it’s the very way in which we convey the priorities of being a Christian. The most common message people hear from us is that Christianity is a religion of rules and regulations. They think of us as hypocritical because they are measuring us by our own standards.”

“Does your life point people to a life in Christ that bursts with freedom to love, restoration, purity, and transparency?”

“Intentionally or not, we promote the idea to outsiders that being a Christ follower is primarily about a mere choice to convert. We do not portray it as an all-out, into-the-kingdom enlistment that dramatically influences all aspects of life.”

“Most people in America, when they are exposed to the Christian faith, are not being transformed. They take one step into the door, and the journey ends. They are not being allowed, encouraged, or equipped to love or to think like Christ.”

“Christianity is a way of seeing all of life and reality through God’s eyes.”

The Big Idea, The Book

I love studying topics on marketing and brand development. In my usual web research, I ran past something that I thought was pretty interesting. I’ve seen this book at Barnes & Nobles and I’ve heard some buzz about it over the blogosphere, but it wasn’t… 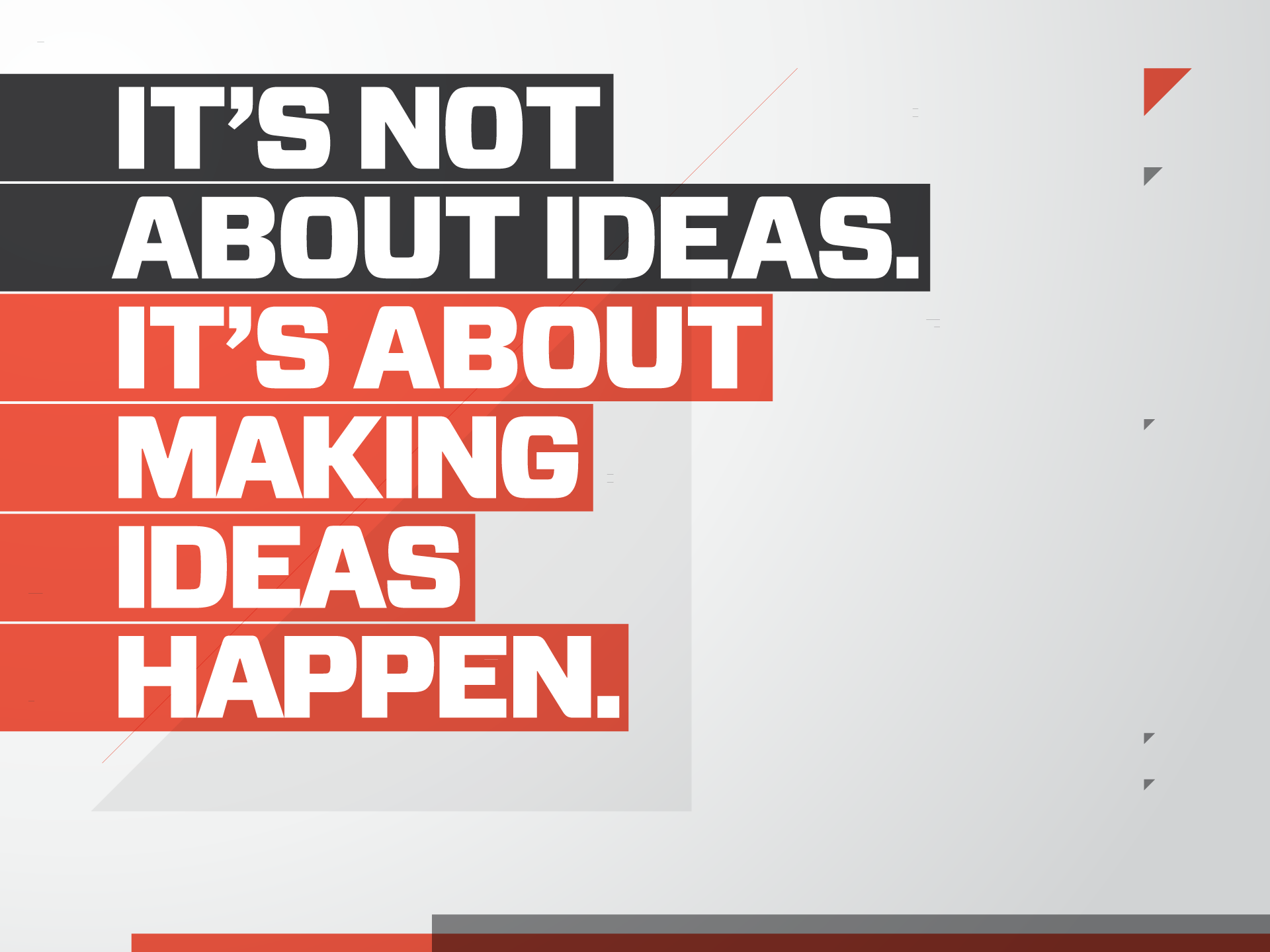 Scott Belsky, an amazing thinker, writer and the founder of Behance, LLC., has pieced together a masterpiece centering around the topic of ‘making ideas happen’. Scott is known for his ideas on productivity. He’s so passionate about the topic that he created a company around…