How to Avoid Getting Screwed Over by Apple, Inc. and Your Bank 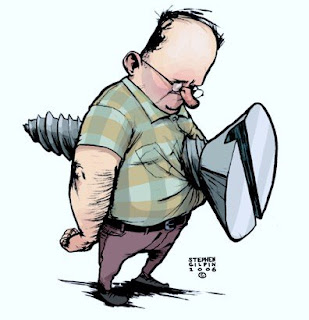 I just purchased a new 13″ Macbook Pro from a local Apple Store this week and I had the craziest thing happen to me. After the awesome experience of going to an apple store, purchasing a macbook, opening it, reading all the little tidbits, and surfing the web, I discovered that I had been charged twice for the computer. This resulted in a bank account overdraft. Realizing that the store was already closed, I made it my mission to contact Apple the next day.

So here I am, calling Apple the following day and ranting about how my account has been overdrawn because of their mistake. Interestingly, the guy on the other end of the phone explains that their records were only showing one transaction that was withdrawn from my account. Then this guy goes into this talk about how something like that has happened to him in the past and that I shouldn’t worry about it. He said that once it all cleared, the additional charging error would return to me in a matter of days. Sounded more like an attempt to get me off the phone.

And today, after checking my bank account, it showed that BOTH transactions had cleared and that I would be facing overdraft charges. Now I’m heated, well, not to the point of anger. So I call Apple once again trying to see if this mistake can be fixed over the phone. After being told that it could not, I ended up traveling all the way to the Apple Store.

Upon arriving and speaking with the closest available employee, he gets on one of their macs, pulls up the transaction, and prints out the record showing that only one transaction had cleared. So now I’m staring at this guy who is holding this paper and we’re both at a loss of words. He tells me that he will email the Apple headquarters about the incident and that I should try contacting my bank again. So I take the paper and make that time-consuming phone call to my bank again. This resulted in me having to file a claims stating that my account suffered an illegal withdrawal of which Apple couldn’t account for. If that wasn’t bad enough, I was told that this process could take up to 90 days to clear. The good thing is that my bank was able to wire me the money that was withdrawn and promised to remove all overdraft fees. I will be following up later this week to make sure.

The moral of the story is this…

“You gotta be knowing where your money is going!” -Andy Stanley

In other words, had I not been the type of person who keeps exact records of every red cent that I spend at every moment, this incident could have went unnoticed for weeks – which, by then, would have been too late. If you are the lazy-type who loves to swipe your card, you may have had something similar happen to you without you even knowing it. Or maybe you’re the type who doesn’t have the so-called time or patience to balance a checkbook. This post is for you.

I see now, most banks and large companies like Apple rely on you and me being idiots. They literally depend on it. Can you imagine the billions of dollars a year that are spent by consumers out of mere error or lack of balancing their checkbooks? Think of all those fees and overdraft charges and illegal withdrawals that go unnoticed because of our own financial irresponsibility.

I’m glad I jumpstarted the daily habit of recording and balancing all of my purchases with my bank account.  Thanks to Andy Stanley’s “Balanced” series and Dave Ramsey’s book, Total Money Makeover, my improved financial responsibility helped me to catch a massive mistake that would have otherwise gone unnoticed and hurt me in the end.

Anybody have any similar stories?

A Brief Update on Life

Have you ever been in a serious conversation with someone where you tried hard to keep from laughing, but the harder you tried, the harder it was NOT to laugh? And you ended up feeling bad afterwards? Well this guy in this video can definitely…

Lessons from Will Smith

Check out this video… “Lessons from Will Smith”